CUSTOM CUT
We select each type of wood to be used upon ascertaining a customer's specific requirements. We choose the milling process based on how the wood is going to be used. We then select the most appropriate saw milling plant. The custom cut will start only after we have come to an agreement with our customer on the estimated cost. You can leave shipping procedures, customs clearance, and other necessary support to us.
SOFT WOOD
TREE SPECIES, FEATURES AND USE
Yellow Cedar
Yellow Cedar is an evergreen conifer species in the genus Chamaecyparis in the Cupressaceae family. It has a distinctive fragrance and is highly rated by customers who esteem wood quality in much the same way that the Hinoki cypress is valued in Japan. Yellow cedar is used for a wide range of applications including as a material for interior finishes, as a building material for shrines, temples and other historical wooden buildings, for foundations, decks, wall panels, etc. Its sapwood is white while its heartwood is pale yellow. It has fine growth rings and a soft bark.
Sitka Spruce
Sitka Spruce is an evergreen conifer species in the genus Picea in the Pinaceae family. Often reaching height of 60 metres, it is considered a giant among conifers. As it is light, supple with a soft surface and physically beautiful, it is used for a wide range of applications such as interior finish materials, fixtures, cores for glued lamination boards, material for musical instruments, and so forth. Sitka spruce generally ranges in color from white to pale amber.
Balsam
Balsam is an evergreen conifer species in the genus Abies in the Pinaceae family. Balsam can be easily processed and dried, and has a high level of adhesiveness. It is mainly used as a general building material, for wooden boxes and frames, and in Japan is used for grave tablets and even culinary applications. There is no distinct border between its heartwood and sapwood and it is generally a pale yellow-white in color.
Hemlock
Hemlock is an evergreen conifer species in the genus Tsuga in the Pinaceae family. Hemlock is used as the main structural material for building Japanese houses. It is mainly used to create structural lumber such as foundations, sleepers, pillars, girders, floor joists and braces used in conventional construction methods. It is also used as a clear material, for closet construction, and in fixtures. Its sapwood is white while its heartwood is pale yellowish brown with a white tinge. It is clear-grained and is easily processed.
Douglas Fir
Douglas Fir is an evergreen conifer species in the genus Pseudotsuga in the Pinaceae family. With its high density, Douglas Fir has a heavy and hard wood for a conifer. Douglas fir is mainly used for beams, girders, interior furniture, decorative materials, flooring, door frames, window frames, stairs, terraces, etc. in conventional homes. Its sapwood is white while its heartwood is reddish orange to reddish brown.
Western Red Cedar
Western Red Cedar is an evergreen conifer species in the genus Thuja in the Cupressaceae family. It has excellent durability and water resistance, and it therefore ideal for lumber to be used outdoors. Main applications include deck members, fences, exterior wall materials, interior materials, outdoor furniture and structural members. Its sapwood is white and its heartwood is a mixture of reddish brown and yellowish brown, and therefore has a distinctive appearance. 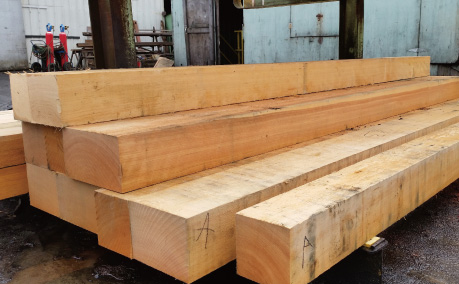 HARD WOOD
TREE SPECIES, FEATURES AND USE
White Birch
White Birch is a deciduous broad-leaved species in the genus Betula of the Betulaceae family. It has a fine wood grain with a beautiful surface finish. Relatively easy to process, paint adheres easily to it and it is a suitable wood for polishing. Though it has outstanding toughness and bending performance white birch is not suitable for exterior materials as its water resistance is low and it can be easily damaged by insects. It is usually used for furniture, cabinets, interior panels, flooring, doors, and toys, etc. Its sapwood is white and its heartwood ranges from brownish red to cream in colour. The red and white blend is a favourite of some users.
Maple
Maple is a deciduous broad-leaved species in the genus Acer in the Sapindaceae family. It is a heavy wood with a fine grain pattern and can be beautifully finished through staining and/or polishing. Another feature of maple is its excellent adhesive property. Maple can be used for furniture, flooring, musical instrument materials, building materials, among others. It is also used for bowling lanes and pins, and baseball bats because of its high impact resistance. Its sapwood is greyish white and its heartwood is yellowish brown tinged with grey.
Cherry
Cherry is a deciduous species in the genus Prunus in the Rosaceae family. Its wood is relatively light and soft, so it can be easily worked. Because its fine wood surfaces polishes so beautifully, it is used for such things as furniture, cabinets, interior panels, doors, musical instrument materials and mouldings.
Although its heartwood is highly durable, its sapwood can be easily damaged by insects. It dries quickly and has a relatively high rate of shrinkage. Its sapwood is brownish red that with time changes into an elegant deep amber colour.
Walnut
Walnut is a deciduous broad-leaved species in the genus Juglans in the Juglandaceae family. Its wood has a heavy hard quality, so it is less prone to warping. Though it has a somewhat rough wood surface, it takes paint and stain very well and can be beautifully finished by polishing. Walnut also has excellent adhesiveness as well as nail and screw holding capacity. Because of its beautiful grain, walnut is used for doors, fixture materials, flooring, interior panels, musical instrument materials, and so on. Its sapwood is milky white and its heartwood is brown tinged with purple, thus giving it a more luxurious feel.
Ash
Ash is a deciduous broad-leaved species in the genus Fraxinus in the Oleaceae family. Endowed with appropriate hardness and durability, it is easily processed, has an excellent adhesive property, as well as good nail and screw holding capacity. It dries quickly, and is also suitable for steam bending, and can be beautifully finished by staining or polishing. Ash wood is used for furniture, building materials, doors, flooring, musical instrument materials, plywood boards, and exercise apparatus, just to name a few. Its sapwood is white and its heartwood is greyish brown with pronounced brown annual rings.
Oak
Oak is a deciduous broad-leaved species in the genus Quercus in the Fagaceae family. It is a hard tough wood and therefore has excellent durability, but it is not and easy wood to dry and cut. Preparatory drilling may be required before nailing. Oak's many uses include wood for furniture, flooring, building materials, fixture members, shipbuilding materials, lumber, and whisky and wine ageing casks. There are two types: white oak and red oak. Many consider oak as the quintessential North American broad-leaved tree. 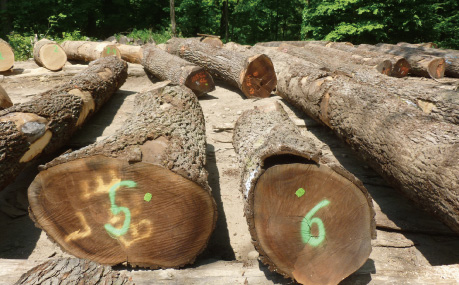 PRODUCTS
Thanks to the wisdom, experience and techniques that we have inherited from Tenryu Lumber, a company that for more than a century has dedicated itself to the study of lumber, we at Tenryu Canada Corporation can supply you with materials and lumber solutions that are truly a notch above.
Starting with our independent routes established in North America, we have built up our own network all over the world. We analyze the lumber market to ensure we have an optimized inventory with the right materials at the appropriate time. With an enhanced sales network and a marketing system that can respond to a diversity of needs, we carry out smooth import operations with strict quality controls.
We have especially high-grade fittings, fixtures, as well as expertise in building materials for temples and shrines. We can therefore be relied upon to provide the optimum quality lumber and wood materials needed for the construction of large-scale facilities, public facilities, and special projects such as shrines and temples, in the quality and quantity required. 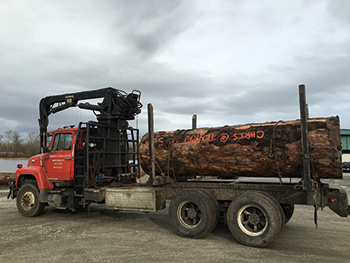 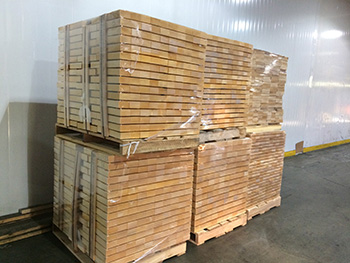 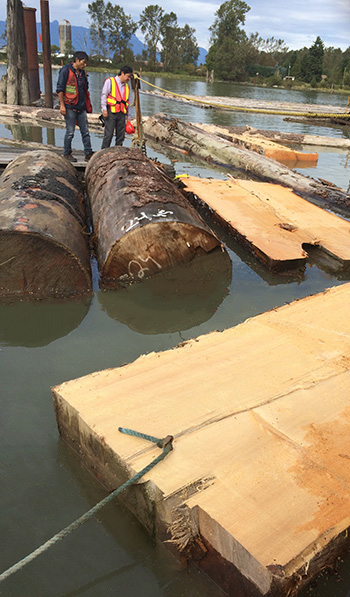 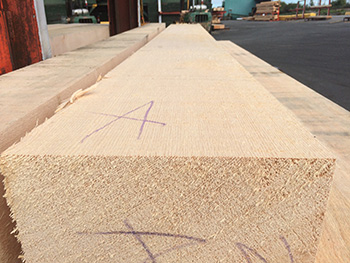 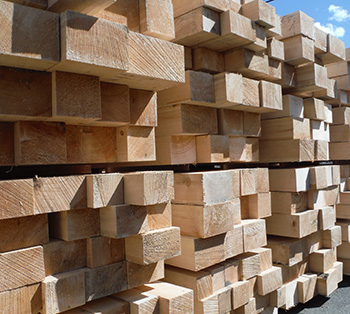